I have a new card to share that I made using some products from the latest release at Catherine Pooler "Summer nights"...

I had so much fun playing with these goodies to create out of this world projects!! 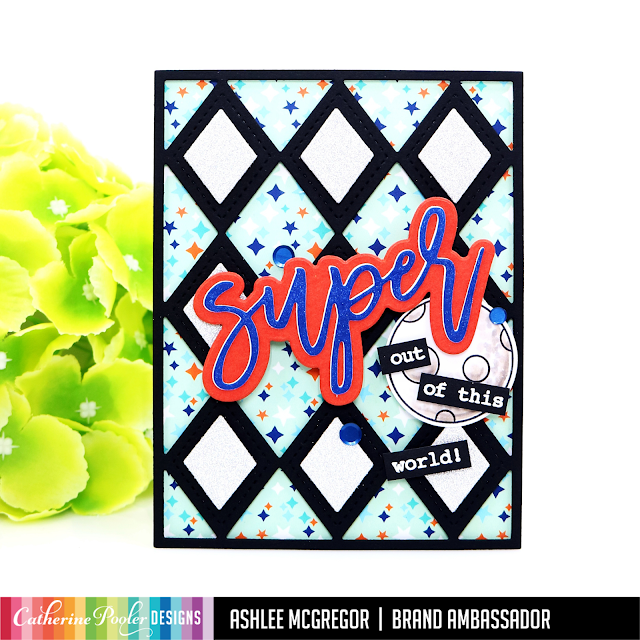 These are the CPD products I used to create this card...

- Under the stars patterned paper 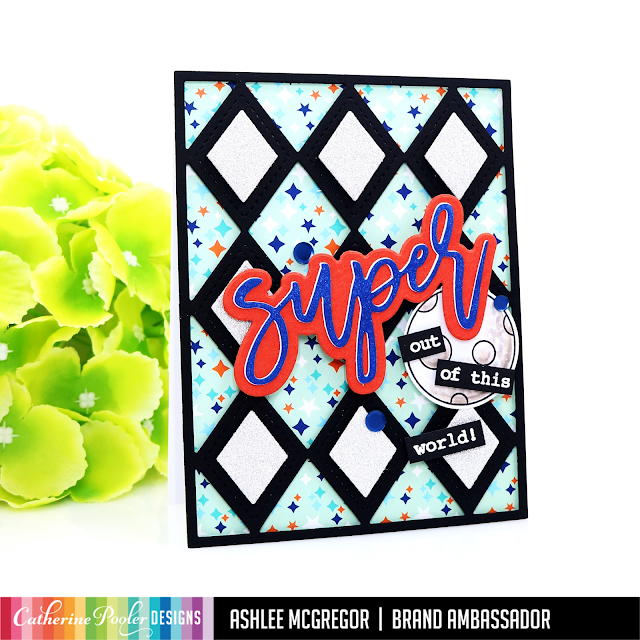 To create this card I first started with a base piece of the patterned paper and then die cut the stitch your diamonds coverplate die from black cardstock to layer over the top. I adhered this over the pattern paper with foam tape so it popped up from the pattern piece.
I had some of the diamonds from silver glitter paper left over from one of my previous creations that was cut from the Cross your x's coverplate so I used those to add into the centre of each of the diamonds (also adhered with foam tape to add dimension).
I coloured up the moon from the star gazing set and die cut it with the co-ordinating dies before adding it to the background.
From an orange cardstock I die cut the shadow layer of the super word die and then using a piece of white cardstock I gave it a swipe of CPD Dress blues ink so I could die cut the word from it. They were adhered together using bearly arts liquid glue.
To complete the card I put the super word die in place, added a heat embossed sub sentiment and a touch of Oslo sequins!! 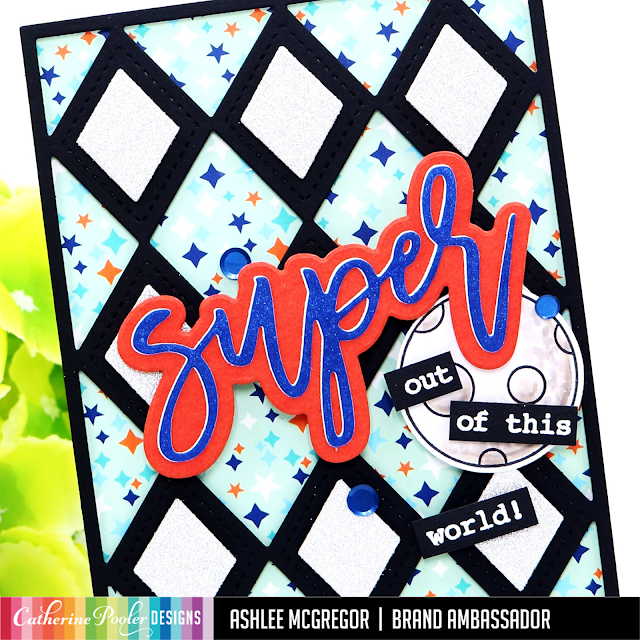 What do you think of this card?! I hope you enjoyed it as much as I did creating it...
Thanks for stopping by, happy crafting.
Hugs Ashlee.